Living under Temporary Protected Status (TPS) has allowed a 63-year-old immigrant named Cande to get a commercial driver’s license, become a truck driver and – for the last two decades – sustain the family he left back in El Salvador.  Now that’s likely to change – for him and for nearly 200,000 other Salvadorean refugees in the United States. 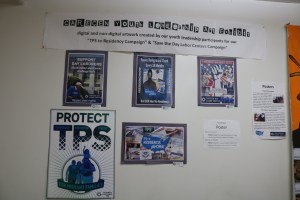 Artwrork created by youth exhibited at the Central American Resource Center (CARECEN), a nonprofit that advocates for TPS recipients. Photo by Carmen González.

In January, the Trump administration announced it would end TPS for Salvadoran refugees in the United States in September 2019. This means that they would have to leave the country or face deportation, unless a court rules against the administrations action, or an individual is able to secure the right to stay in the country legally. Trump has also set TPS end dates for refugees from Honduras, Haiti and three other countries.

These restrictive policies are part of the administration’s hard stand against immigrants, which has included its decision to end the Deferred Action for Childhood Arrivals (DACA) program (under challenge) and its decision to arrest undocumented adult immigrants when they cross the border and separate parents from their children. In addition, in June the Trump administration said that experiencing gang or domestic violence would no longer be acceptable reasons for obtaining asylum.

“I’m the one who supports the household back in my country, but only because I have TPS. I wouldn’t have made it otherwise,” said Cande, who asked that his and family members’ surnames not be revealed.

Every other week he sends part of his paycheck home. “I have two grandchildren who need notebooks, uniforms, all sorts of things. I’m the one who’s been sending a little bit of money [so that they] at least can finish their ninth grade.”

‘Target’ on their backs? 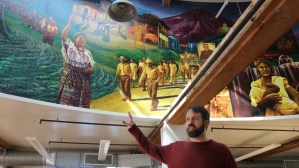 Daniel Sharp, the legal director at the Central American Resource Center (CARECEN), explains to his TPS clients that if they don’t yet have a deportation order and take steps to change their immigration status, it could take four to five years for due process to unfold. “If they choose to fight, it will buy them some time, and that takes some stress off of the affected,” he said.

Sharp said that El Salvador and Honduras are ranked consistently as the two most dangerous countries in the Americas. “Many of our clients have expressed the fear of going back since many will have a target on their back,” he said.

Much of that fear is centered around the presence of the maras –the Salvadoran term for the violent street gangs that plague those two countries.

“My children tell me that the maras are out killing people, just for fun, even more if they know you’ve just arrived from the United States,” said Cande, of South Los Angeles. 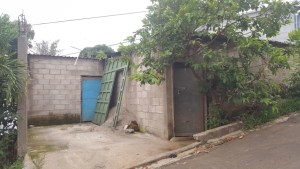 Throughout the years, Cande has been the most important source of income for his family back in El Salvador. Cande’s steady work as a truck driver allowed him to send regular remesas, or payments from abroad, to his family.

“If we need shoes, we go to him. If we ask for help, he gives it to us,” said Cande’s daughter Sandra, 28, who lives in El Salvador and who just graduated with a teaching credential. “He is always looking out for us, because he has always had a job.”

Sandra grew up with her older siblings and mother in El Salador and never knew her father as a child. He left for Los Angeles shortly after she was born.

“He just conceived me and left,” Sandra, reached by telephone in the town of Zaragoza, which is less than an hour away from the capital of San Salvador.

“I had two small children, and it pained me to see that they asked for food and there was none,” recalled her father of those tough years. “I spent about two years there without work. That’s when I decided to leave for the United States and abandon my family temporarily.” 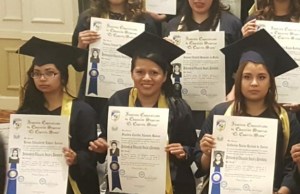 Sandra, 28 (center) who lives in El Salvador and who just graduated with a teaching credential. Photo provided by family.

Cande struggled to find work in California and returned home to find things had gotten worse in El Salvador, which was hit by Hurricane Mitch in 1998 and two devastating earthquakes in 2001. A sister encouraged him to return to the United States, and he eventually did. He was able to apply for TPS – a protection from deportation granted to immigrants fleeing a country in war or destroyed by a natural disaster.

Even with her father’s help, life for Sandra and her family has not been easy. Their rebuilt house, which Hurricane Mitch had destroyed, is half concrete and half zinc sheets. It’s in a colonia considered one of the most dangerous in Zaragoza.

Throughout much of her childhood, Sandra didn’t speak with her father.
“Only people with money had phones in the houses, and we never had them,” she said. As an adult with a cell phone, Sandra has been able to stay in closer communication with her father, who often calls when he sends a remesa.

President Trump has said he wants to end TPS because of the potential of gang members coming to the United States from El Salvador and Honduras. Ironically, the gang he most often refers to –the Mara Salvatrucha, or MS 13– originated in Los Angeles and relocated to El Salvador when previous administrations deported many of its members to their home countries.

Sandra fears for her father if he is deported to El Salvador. “With things the way they are and him being a senior, well, there are no chances here for people past a certain age,” she said. “My poor viejito, it would be very difficult for him to get a job.”

Cande’s situation is not uncommon. “Most TPS recipients are now going on 20 years,” said Sharp. “Facing the reality of being without status or deported has been extremely difficult.”

Cande is thinking about seeking legal advice to see if he qualifies for permanent residency. For that, he will have to start saving some money, although some organizations do provide free legal services.

Like hundreds of thousands of his paisanos, Cande is hoping for some other kind of resolution.

“I hope that there will be an okay for me and the other compañeros who remain without TPS and without hope, and that we forge ahead,” he said.

Illustration above by Stephanie Varela.