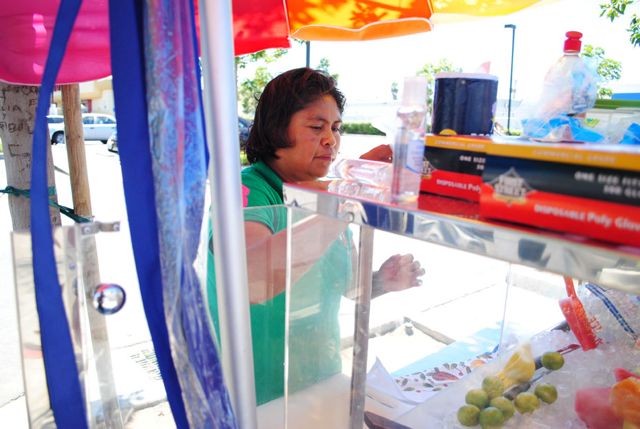 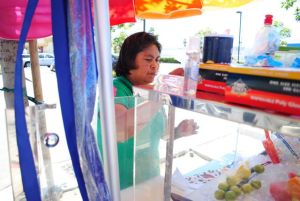 Street vendors sell everything from fruta to chicharrones, tacos and quesadillas on the streets of Boyle Heights””with or without proper city permits.

But vending without these requirements come at a cost. Street vendors run the risk of being fined, having their equipment and goods confiscated, and facing jail time.

In order to prevent this from happening, the East Los Angeles Community Corporation has been working to develop a permit system that will help street vendors legally sell their goods on the streets of Los Angeles.

The organization has interviewed street vendors and residents, hosted community events and fundraisers, and set up town hall meetings to discuss the challenges many street vendors face and how a better system can benefit them, according to Janet Favela, community organizer with ELACC.

They have also met with restaurant owners, business owners and Los Angeles City Council members to present their findings, plus an initial proposal that would involve changing the municipal code so that vendors could sell legally on the sidewalk.

According to ELACC, Los Angeles is one of the 10 largest cities in the U.S. without a form of legalized street vending. ELACC partnered with community organizations as part of the Street Food Work Group of the Los Angeles Food Policy Council to develop an ordinance to regulate how vendors can sell food on sidewalks.

Another part of the policy would include giving vendors incentives to sell healthier foods. Favela said that ELACC is “working through defining healthy food that would be covered as well as [the] levels of incentives.” These incentives could include vendors having locations close to rail, buses or parks or possibly a discount in fees. However, she added that “none of this is final.”