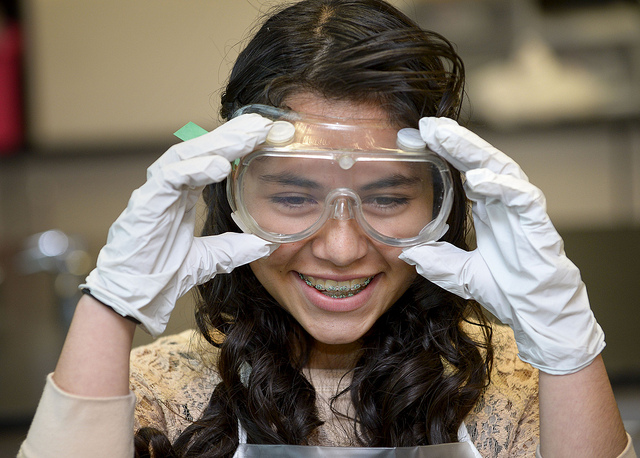 Los Angeles may be known for its glitz and glamour, but city boosters hope it will one day soon compete with the likes of San Francisco as a force in biotechnology, with an East L.A. biotech corridor serving as a jobs magnet and innovation center. 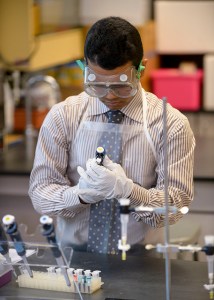 To plant seeds that could lead to that future, a consortium of universities and colleges will host a family-friendly bilingual event on Oct. 1 called “Preparing for the Biotech Decade.” The half-day event at East Los Angeles Community College is jointly organized by USC, California Institute of Technology, East Los Angeles College, Los Angeles Trade Technical College, Los Angeles Unified School District and California State University L.A. Moderated by Univision news anchor Gabriela Teissier, the “summit” will concentrate on workforce development – including workshops and appearances by an astronaut and medical professionals.

“We encourage families to come because there’s something for everybody in a family,” said Martha M. Escutia, vice president for Government Relations at USC. “We’re hoping that by doing more summits, we bring the issue of biomed to the community so that first of all, they’re not afraid of it, and second of all, they could see that it has relevance to their lives.”

“We have to make sure that our students are represented in engineering fields and in the biological fields,”she added.

A vision for an Eastside Biotech Corridor

For years, a consortium has worked to create a viable biotechnological hub in the city’s Eastside — between California State University, Los Angeles and LAC + USC Medical Center. As part of that plan, USC aims to build by build a Biotechnology Park adjacent to its Health Sciences Campus in Boyle Heights, with University President C.L. Max Nikias as one of its biggest boosters. 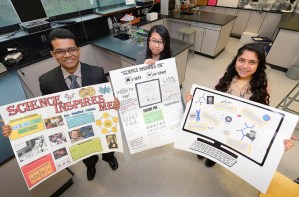 A biotech corridor, its backers say, would bring together educational institutions, training facilities, corporations and the local community.

Ivan Alberto Trujillo-Priego, a PhD student studying biokinesiology at USC, would welcome the opportunities for East L.A. students if a biotech corridor here becomes a reality.

For the eastside Latino community, he said, a biotech corridor may seem “like something alien, but maybe this will help bring biotechnology closer and…motivate them to get into this field.”

The 29-year-old first became interested in biotechnology while working toward his Bachelor’s degree in Mechatronic Engineering at the National Autonomous University of Mexico (UNAM).

“I noticed an opportunity to apply my knowledge helping others, so that’s what motivated me to start my track into the biotech field,” the Mexico native said.

The biotech corridor has yet to come to fruition, but Trujillo-Priego is staying put, with dreams of launching his own startup company in Los Angeles and dedicating himself to researching infant development and rehabilitation – a decision that the biotech corridor idea’s boosters hope more students will make.

For more information about the summit, visit http://biotech.usc.edu/biotechdecade/

“Preparing for the Biotech Decade”