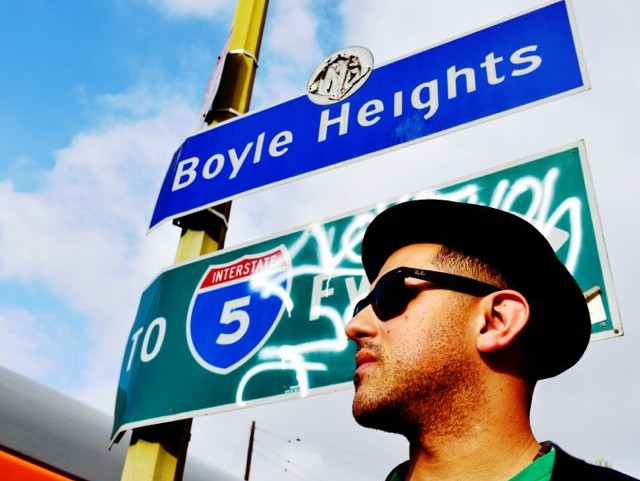 An award-winning documentary about the history of activism in Boyle Heights will have a free, open-air screening in the neighborhood this weekend.

“East LA Interchange” –which looks at how Boyle Heights now faces gentrification and the displacement of families after surviving the construction of the largest freeway system in North America– will be screened Saturday, June 10, at the Hollenbeck Park Bandshell.

The film screening is sponsored by City Councilmember José Huízar, who will participate in a Q&A session following the screening along with the film’s executive producer and director Betsy Kalin, who worked nine years on the film.

“With all the media coverage surrounding gentrification in the neighborhood, I think it’s important to see that Boyle Heights’ activist history can be traced back generations,” Kalin said in an email. “The struggles today are historically connected to the neighborhood’s previous fights against the freeway and for immigrant rights and social and environmental justice.”

Since its 2015 premiere at the Downtown Film Festival L.A.,“East LA Interchange” has been awarded 11 jury and audience awards, including one from the Los Angeles City Historical Society. The English-language documentary includes interviews with such Boyle Heights notables as will.i.am, Father Gregory Boyle and Josefina López and is narrated by Danny Trejo.

For Saturday’s free screening, the film will be shown with Spanish subtitles.

“East LA Interchange” documents the struggles and triumphs of Boyle Heights,” Huízar said in a press release. “The well-crafted film looks beyond headlines and captures what has always been at the heart and soul of Boyle Heights –the resilient, proud and hardworking people who have called this Eastside community home for decades.”

“East LA Interchange” will screen on Saturday, June 10th at 8:00pm at the Hollenbeck Park Bandshell, 415 S. St. Louis St., Los Angeles, CA 90033. Director Betsy Kalin and former and current Boyle Heights residents in the cast and crew will participate in a Q&A after the screening.

Watch a trailer of the film: