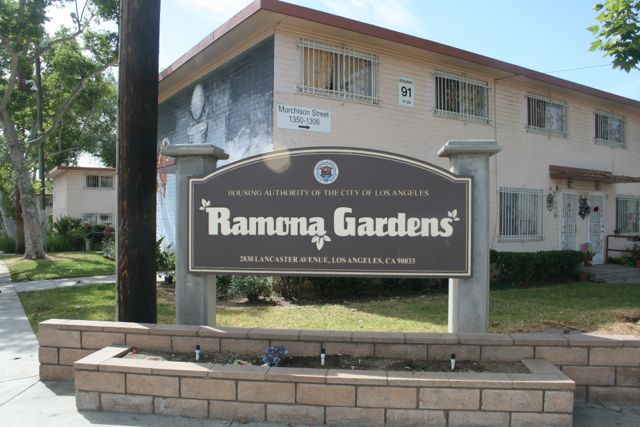 A 33-year-old man died after being shot multiple times early Saturday morning near the Ramona Gardens housing development, The Eastsider is reporting.

According to the LAPD, the victim is a Latino male who  died after being taken to a nearby hospital.

Three other victims –a woman and two males– received non-life-threatening wounds in what police described as a gang-related incident.

Read the full story in The Eastsider.

The shooting at the corner of Murchinson and Lancaster happened at almost the exact spot where 23-year-old Jonathan Valdovinos was shot to death on Feb. 26. This is the seventh shooting death so far this year in Boyle Heights, and the second in Ramona Gardens in almost two months.