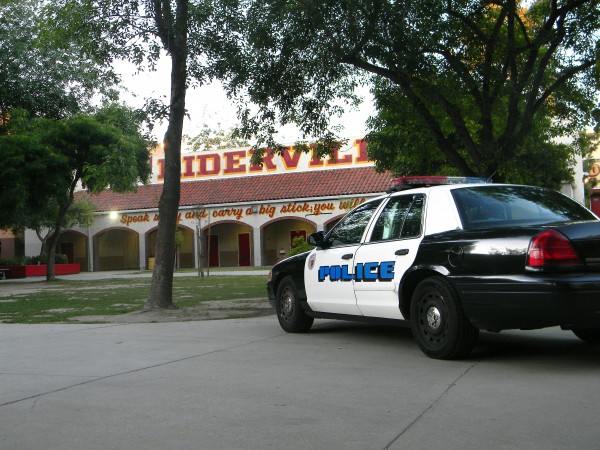 Just 20 years ago, growing up in Boyle Heights meant living in constant fear. Gunshots and police helicopters overhead were routine, day and night. Streets were overrun with drug dealers and buildings sprayed with graffiti. Residents worried about getting caught in gang crossfire or finding dead bodies in the alleys. Today, the neighborhood feels like a different place. Those who take a walk down the streets of Boyle Heights no longer feel like death lurks around every corner. While there are many theories about what is responsible for this change, no one is complaining.

He believes that the use of crack cocaine all over the neighborhood contributed to the violence. He lost many friends and family to drugs and gang killings, including a shootout between rival gangs in which a friend was shot. “My brother held him in his arms until the ambulance came,” he says. “It’s a memory that’s always with me.” He added that, “every weekend, someone got shot.”

Rita Chairez lives in Boyle Heights and is a board member at Proyecto Pastoral, a non-profit organization aimed at community building. She became involved with the organization in the late 1990‘s when daytime shootings were common. When a stray bullet killed a 10-year-old girl in her home, Chairez saw the need to work to make the community safer. “It could have been my daughter,” she says. She worked hard with the city to repair streets, get streetlights installed, and close dangerous alleys. “We needed more”¦ because our kids were getting killed,” Chairez says. 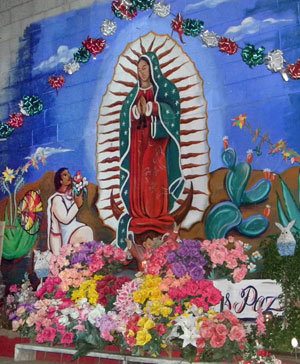 Carey Ricard, a Los Angeles homicide detective, began his career 34 years ago at the Hollenbeck Community Police Station. In 1993, he remembers, the police were “up to their necks with crimes, and violence was spreading out of control.” On one day, there were three unrelated killings in Boyle Heights, he said. He recalls “dangerous streets filled with gangsters on the corners, tagging on every wall, broken windows and abandoned houses with gangsters doing drugs and other illegal activities.”

Even though the neighborhood is enjoying the lowest crime levels anyone can remember, gang violence in Boyle Heights hasn’t gone away. At least 20 different gangs still call Boyle Heights home. Last year, nearly six percent of the murders in Los Angeles took place in Boyle Heights, according to LAPD data. This is the same percentage as in 1992, when crime was at its highest level citywide. And the city still sees Boyle
Heights as a “hot spot” for violence.

City officials say better policing, including having more officers on the streets, led to the decline in violent crime. Detective Ricard says the new Hollenbeck police station has better communication between different crime divisions and among patrol officers, making it easier to catch criminals. With technology, Ricard says, police have entered a new age. They now have the “knowledge of where things are going on and [can] get to it in a timely manner, so [we] can change strategies around in a moment’s notice.” Cruisers in Boyle Heights all have at least one Hispanic officer these days, says Ricard, and more people from the community join the police force. Police are working to get people to report crimes, and Ricard believes that people are becoming more trustful of officers.

Not everyone agrees. Chairez gives credit for today’s safer neighborhood to “residents taking ownership of the community.” Police may have something to do with the decrease in violence, she says, but “we need to tell them what to do, or they will just use force.” Chairez says it is important for the community to work with police and for police to recognize that not everyone in the community is a gang member. A lot of the work that Proyecto Pastoral does is with women. Women are on the
forefront, Chairez says, because they are concerned with protecting their children.

The group gives leadership training aimed at empowering the community. It teaches people how to get involved to
promote change and encourages actions as simple as reporting crimes anonymously. “We love all our kids, even if they are gang members,” Chairez says. “If we call to report [a crime] it’s because we don’t want them to die or kill anyone.” Lima, the geologist who grew up in Boyle Heights, believes that the reduction in crime has more to do with the community than with police. He credits Father Greg Boyle, founder of Homeboy Industries. “I don’t attribute any success to LAPD,” Lima says. With Father Boyle’s urging, he said, “the church became a real church. Father Boyle forced the church to be involved in the community.”

Councilmember José Huízar, who represents Boyle Heights, points to youth programs, including the Summer Nights Program, for making the streets of Boyle Heights safer by keeping kids out of gangs. Monica Harmon, a community activist who works closely with the LAPD, agrees.

Harmon was the first female to join the Hollenbeck station’s Explorer program when she was in high school in Boyle Heights. Harmon also founded an organization called Community Action Team, which builds partnerships among community, police, and children. They host events, such as children’s parties at police stations, “to show children the police are there to help, not to scare them.”

A National Drop in Crime 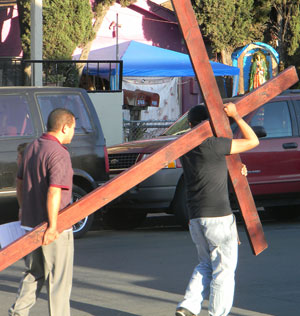 Whatever the forces behind the change, the crime drop in Boyle Heights fits within a national trend. Homicide rates in major cities have dropped to their lowest levels in nearly a generation. Los Angeles Mayor Antonio Villaraigosa says last year was the first year since 1967 that the City had fewer than 300 homicides. Chairez, of Proyecto Pastoral, says the community cannot be complacent just because violent crime is down. She is hopeful because the community has the respect of city officials and a working relationship with the LAPD. She says that people have to get involved to create change. She says a detective once told her something that sums it all up, “For us, you are a dot on the wall. For you, this is your community. This is your life.”