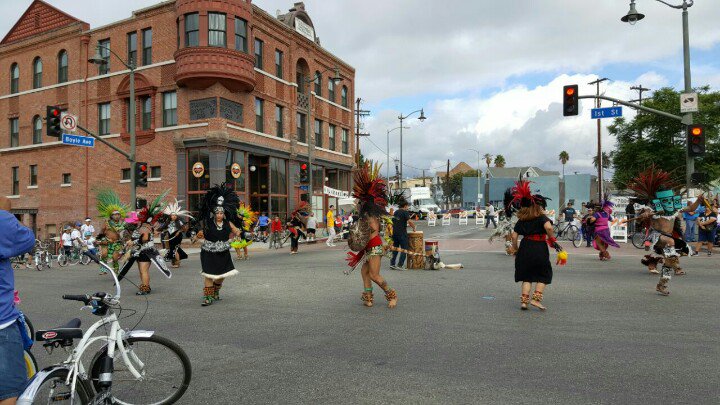 Nearly six miles of streets through Boyle Heights, Chinatown, and downtown Los Angeles were closed Sunday for thousands of people to walk, skate, and bike through.

The 19th CicLAvia street festival returned to its original route. CicLAvia has been held across LA County in the San Fernando Valley, South LA, and other communities. But the route that extends east to Mariachi Plaza in Boyle Heights is the original route that CicLAvia started with in 2010.

Hubs featuring food trucks and bike repair stops were scattered across this weekend’s route. Boyle Heights book lender Libros Schmibros was at the Mariachi Plaza Hub to hand out free books to pedestrians.

.@CicLAvia unites the neighborhoods of LA & brings people to all areas of the city. We covered the whole route!???????????? pic.twitter.com/e0dHMSyzzq

Lots of folks at #CicLAvia bringing bike share to Mariachi Plaza. When will Boyle Heights get some stations, @BikeMetro? #ULockDock pic.twitter.com/LD6HAITT33