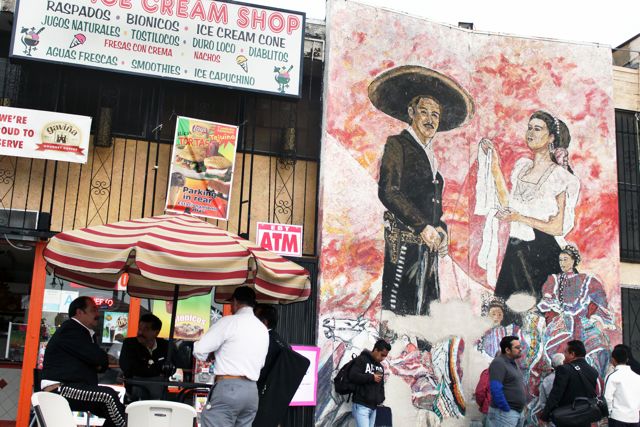 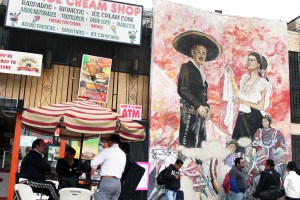 On any given day, you can pass by Mariachi Plaza in Boyle Heights and hire a band of musicians. You simply pull up to the square and are quickly greeted by eager mariachis waiting to land their next gig. If you want to hear a sample, they’ll scrounge up a group to play traditional Mexican songs. It’s a hussle, but L.A. mariachis have made this their center since the 1940s.

However, as Boyle Heights Beat Reporter Karissa Reynoso explained in the story “A Sad Song for Mariachis,” published last month, mariachi musicians have been hit hard by the economic downturn in recent years.

The decline in demand and their continued need for work have caused a rift among the mariachis.
“There is definitely competition. The group that offers the best bargain is the one who gets the job,” says Jose Luis Aceves, a guitar player.

The intense competition has caused disputes among mariachis, especially after some began lowering their rates from an average of $50 to $30 per hour,  as they try to stay afloat.

In the weeks since Reynoso’s story was published, several media sources have begun reporting on the troubles faced by mariachis in Boyle Heights. A New York Times story this week reported that roughly 200 mariachis have joined the United Mariachi Organization of Los Angeles, a group that formed to set a minimum price in the plaza.

The union provides its members with a pictured identification card and requires a $10 fee per month. In return, they must pledge not to charge less than $50 an hour, a condition that doesn’t sit well with many.

“This was good work, easy work and honest work,” Jose Luis Avenas told the Times. “I get it myself, and nobody should be able to take it away from me because of the rules. This is America, where there is freedom and a free market.”

What do you think? Should mariachis agree on standard rates?