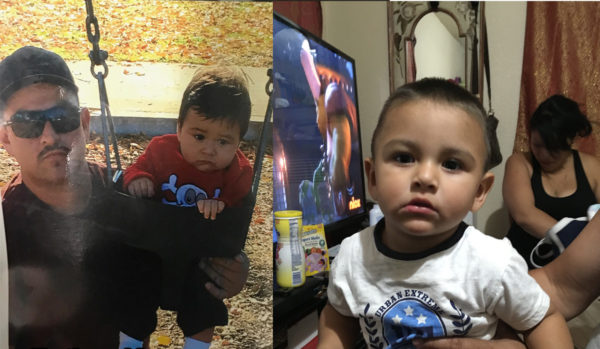 A 15-month old Boyle Heights boy has been found in Mexico after being kidnapped by his father, the Los Angeles Police Department said.

Noé Reyna was found to be safe after an Amber Alert was issued for the abduction last week. The boy went missing on Nov. 14, the day the Los Angeles County Department of Children and Family Services was expected to take him into protective custody.

Authorities believe Noé’s father, Carlos Iván Reyna, took the boy to Mexico, The elder Reyna is believed to still be in that country and –according to media reports– authorities plan to file for his extradition to the United States, where he may face charges.

LAPD Captain Ruby Flores told the Los Angeles Times that Noe’s uncle brought the boy to a border crossing in San Diego where he was taken into custody by U.S. Federal authorities. She said he is “safe and sound.”

Great ending for this sweet little boy. Many thanks to our media and LEO partners to help bring baby Noe home safely. ?? https://t.co/zNRgNXyShm