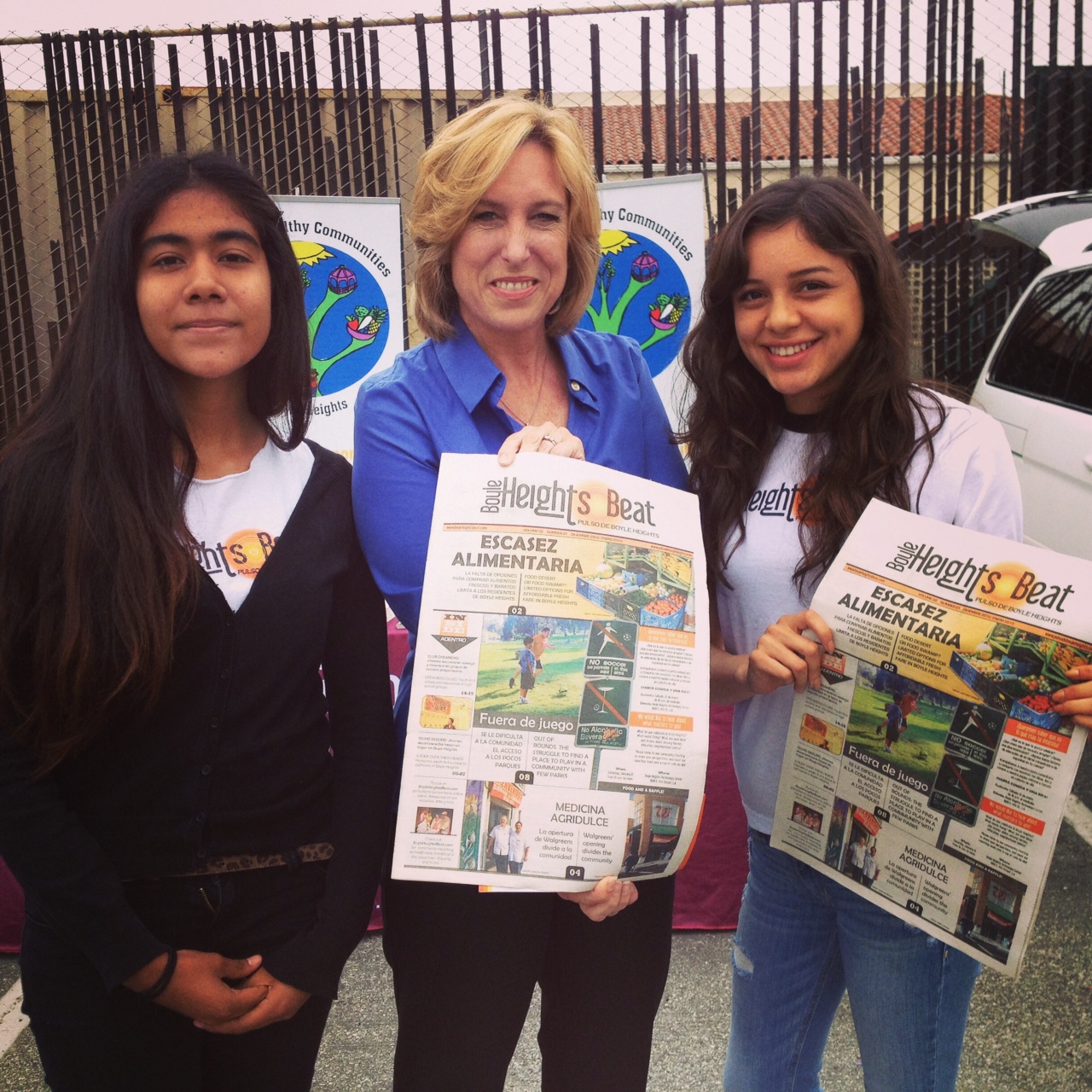 Mayoral candidate Wendy Greuel met with Boyle Heights Beat youth reporters at the Hollenbeck Police Station on Saturday to discuss issues that are important to her campaign as well as to the Boyle Heights community.

Among the topics discussed were education, police officers, housing, and pollution.

When asked what her biggest and first priority in education was, she stated that she would use teacher accountability and local control to improve the quality of the education in Los Angeles schools.

Greuel also expressed that she would be in favor of keeping the Partnership for Los Angeles Schools.

Another big priority for her was to increase the number of police officers in Los Angeles by 2,000, and hiring more civilians to do desk jobs.

She voiced her support for more responsible medical marijuana laws, such as measure D, saying that the enforcement of stricter laws to keep dispensaries out of the wrong areas, such as schools would be the best decision.

“It’s all about the enforcement,” Greuel said.

In regards to the Wyvernwood redevelopment project, she said that size, affordability, and the problem of what would happen with current residents are all things that need to be addressed by those in charge of the project. However, she refused to take a stand on the issue until she had more information.

She also expressed that pollution is an issue that is important to her. Greuel said it’s important for her to make sure minority low-income communities are not negatively affected by pollution. Using less coal and more renewable energy is also one of her goals.

“I’m a big proponent of making sure low-income communities are not negatively impacted,” she said.

The Boyle Heights Beat is also trying to get a meeting with her opposing mayoral candidate, Eric Garcetti, before the upcoming May 21 election.