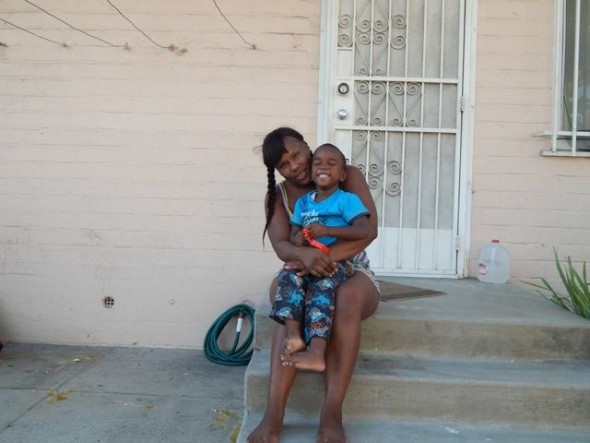 Three members of the Big Hazard gang have confessed to their participation in the 2014 Mother’s Day firebombing attacks on black families in Ramona Gardens, federal prosecutors announced Thursday.

The Los Angeles Times and City News Service reported that José “Lil Moe” Saucedo, 24, Edwin “Boogie” Félix, 26, and Jonathan “Pelón” Portillo, 23, will plead guilty to federal hate crimes stemming from the racially motivated attack. In exchange for their confessions, prosecutors agreed to seek some leniency for the three men when they are sentenced. Each faces more than 30 years in prison.

Saucedo, Félix and Portillo are three of the eight men that prosecutors allege met in early May to plan the attacks, meant to terrorize the 23 black families living in the residential development that Big Hazard claims as its territory.

According to written plea agreements unveiled by prosecutors Thursday, the three men will not have to testify against two other suspects who will go to trial on July 31.  Those two men –alleged gang leader Carlos “Rider” Hernández, 31 and Josué “Malo” Garibay, 24– maintain their innocence.

Another three of the accused –Francisco “Bones” Farías, 27, Joel Matthew “Gallo” Monárrez, 23, and José “Fresco” Zamora, 28 – previously pleaded guilty to carrying out the bombings, but details of their plea have not been disclosed.

Most of the accused were named in a 25-page indictment unsealed in 2016. According to the indictment, the attack was discussed at a meeting early in May 2014, where Hernández told the other Big Hazard members that they would use Molotov cocktails to attack some of the Ramona Gardens apartments where black families lived. Hernández allegedly said the attack had been ordered by the Mexican Mafia, the notorious prison gang that controls many of Southern California’s Latino gangs.

The group met again on May 11 –Mother’s Day– to prepare for the attack later that evening. Prosecutors say Hernández assigned specific jobs to each member and handed out disguises and gloves. The men didn’t carry cell phones and avoided security cameras to prevent from being tracked; after midnight they smashed the windows of four apartments and threw in the explosives into homes where residents slept. Black families lived in three of the four homes attacked, according to the indictment.

A federal prosecutor told the Times that the defendants who confessed to the hate crimes admitted that their goal was to drive African American families out of the housing project where the population is predominantly Latino.

According to prosecutors, harassing and controlling African-American families  living in Ramona Gardens has been part of Big Hazard’s mission since the gang  originated in the 1940’s.

The 2014 firebomb attack followed a lengthy period of relative racial calm in the housing project. In early May of 2014, Boyle Heights Beat published a story by student journalist Melissa Martinez that detailed how black families had begun to move back to Ramona Gardens after decades-long racial tension. The article detailed how nearly all African American families left Ramona Gardens after a 1992 firebombing of two apartments where black families lived.

At the time, Boyle Heights Beat reported that only 3% of Ramona Gardens 1,791 residents were black. Built in 1941, Ramona Gardens is a cluster of nearly 600 apartment units –four to a building– on the Northeast edge of Boyle Heights, isolated by the rest of the community by the 10 Freeway and railroad tracks.

Photo above: Members of a family living in Ramona Gardens in 2014. Photo by Melissa Martínez.

Updated at 10:03 p.m. to add details and names of other defendants.