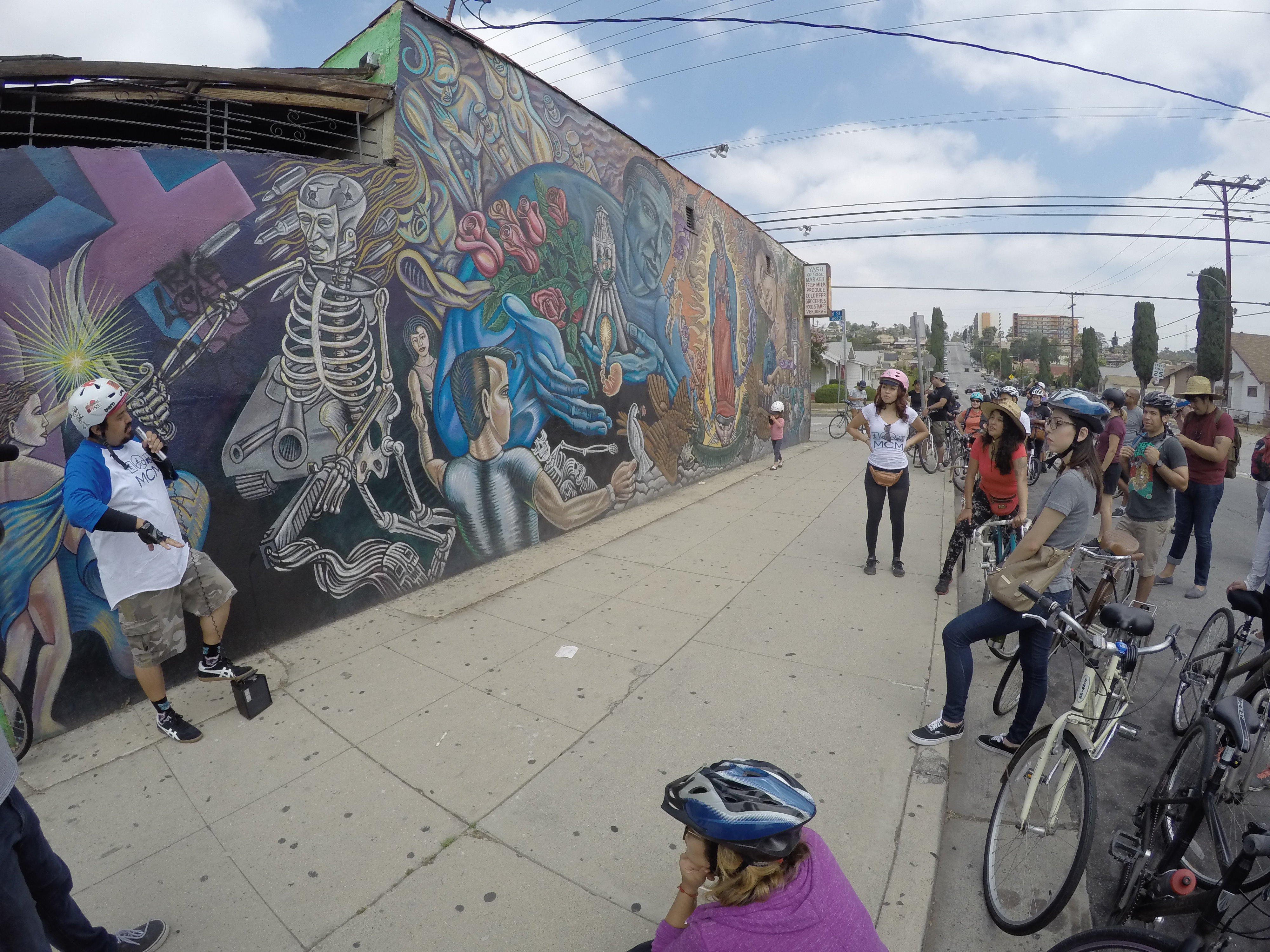 The mural ride was originally started in coordination with recognizing May as national Bike Month, according to one of the ride’s organizers, Erik Huerta. Due to the huge success of the ride last year, the organizers have decided on continuing to organize the event.

The approximately 10-mile ride began at Mariachi Plaza and ended at Self Help Graphics & Art, with stops at various historic murals throughout Boyle Heights and East Los Angeles.

“We chose murals that are known historically for their imagery, for their history in the neighborhood and the community and what they’re reflecting,” Huerta said. 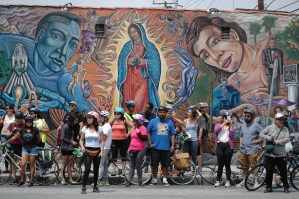 Erik Huerta and Maryann Aguirre, two of the organizers of the Eastside Mural Ride, spoke about the history of several murals in Boyle Heights and East Los Angeles. Photo by Erik Sarni

Some of the murals visited were Juan Solis’ “El Corrido de Ricardo Valdez” and “La Virgen de Los Mariachis” at Mariachi Plaza, Mario Totero, Rocky, El Lion and Zade’s “We are not a Minority” at Estrada Courts and Raul Gonzalez’ “Anahuac: Our Future Belongs to Us” at Roosevelt High School.

The ride didn’t only focus on the murals and their history in Los Angeles. Rider and pedestrian safety was another concern. The murals were selected for their accessibility, where bicyclists could safely stop and get on the sidewalk to observe the mural and hear presenters speak, according to Huerta.

“We can talk about the mural without having to watch out too much for traffic and all of that,” he said. 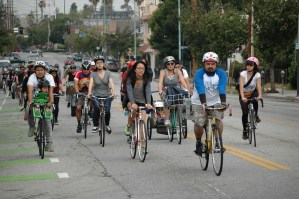 For the second time since last year, Eastside Mural Ride organized hundreds of bicyclists on a tour of the murals of Boyle Heights and East Los Angeles. Photo by Erik Sarni

Reviewing bicycle safety, hand signals, safety measures and various rules for riding in the street, were among some of the safety tips discussed.

“We gave out a couple of helmets in the morning. We gave out some bike lights because folks always need those,”: Huerta said.

They plan on doing the Eastside Mural Ride next year, due to the success and the positive feedback.

“Everybody really enjoys the ride. They have a really good time. Everybody is safe. Everybody gets to go home at the end of the day. This is a really successful ride and we’re looking to do it again next year,” he said. 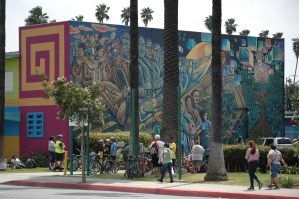 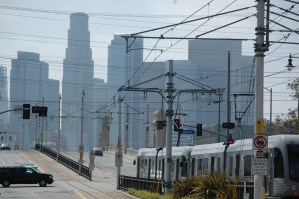 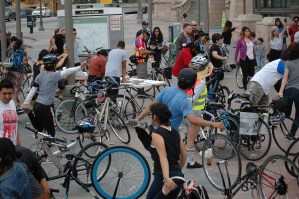 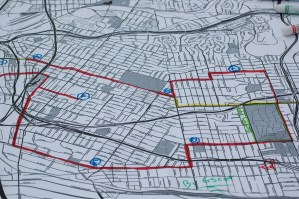 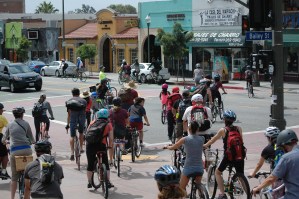 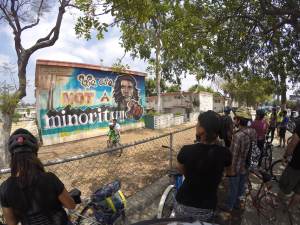 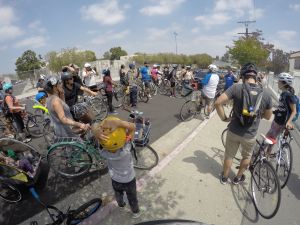 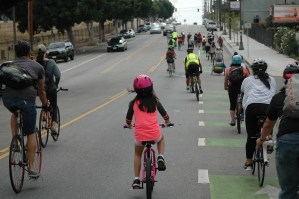 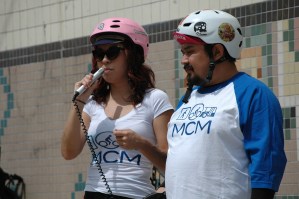 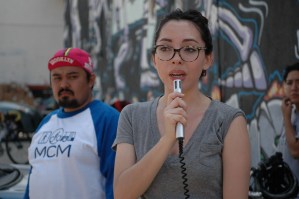 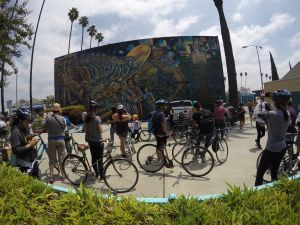 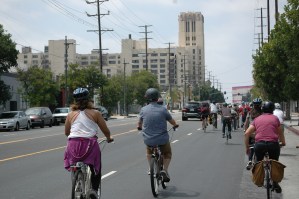 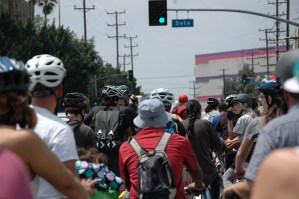 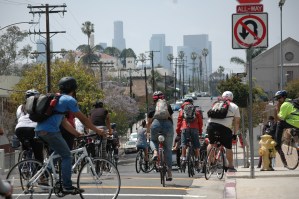 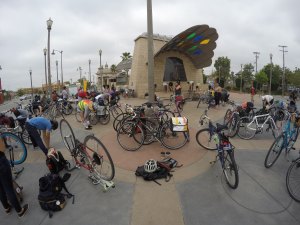 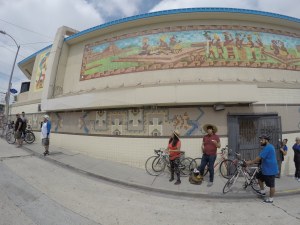 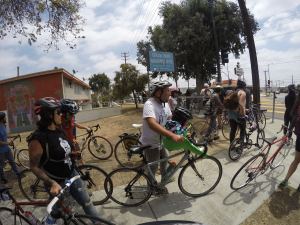 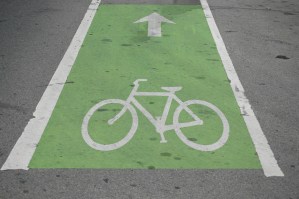