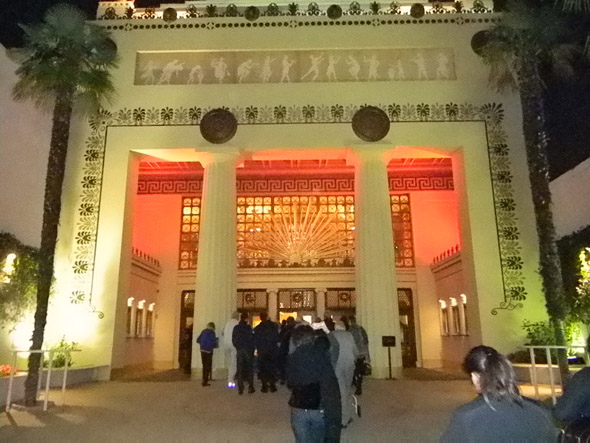 The entrance to the Alex Theatre in Glendale. Photo by Yazmin Nunez.

Forty students, along with some parents, waited anxiously last Saturday at the Neighborhood Music School in Boyle Heights. Some were inside, listening to one of the students play the piano, while others rode their skateboards while waiting for the bus to arrive. The group was headed to the Alex Theatre in Glendale to see a performance by the Los Angeles Chamber Orchestra.

For nearly half of the kids, who have been studying music at the nonprofit neighborhood establishment, the event was their first time attending a professional classical concert. Twelve-year-old Alejandra Ramirez played the piano as everyone waited.

“To hear it live is something completely different than hearing it on the radio, or seeing it on YouTube,” he said. 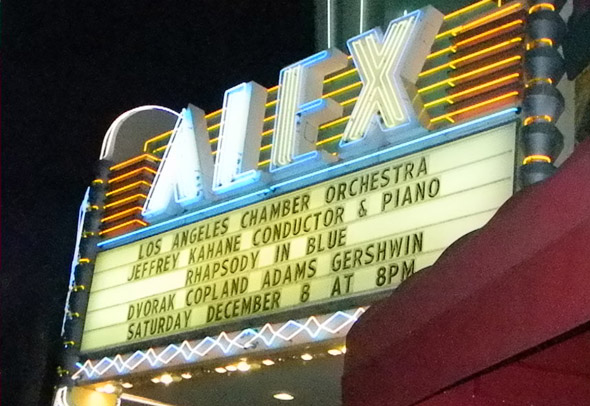 In the concert, there were violinists bowing their instruments at the same time and speed the conductor moved his hands. Ramirez, who listens to classical music on the radio, enjoyed experiencing a professional concert.

“Because I play piano,” she said, “I was looking at the hands flying on the piano.”

For many of the youth, going to see the Los Angeles Chamber Orchestra was more than just hearing the music and watching the musicians perform.

For Alondra Senebria, it was anything but boring.

“The music had mixed emotions, so that you felt sometimes scared, and other times excited,” she said.

Yazmin Nunez  is a junior in Roosevelt High School’s School of Law and Government and one  of the founders of Boyle Heights Beat.