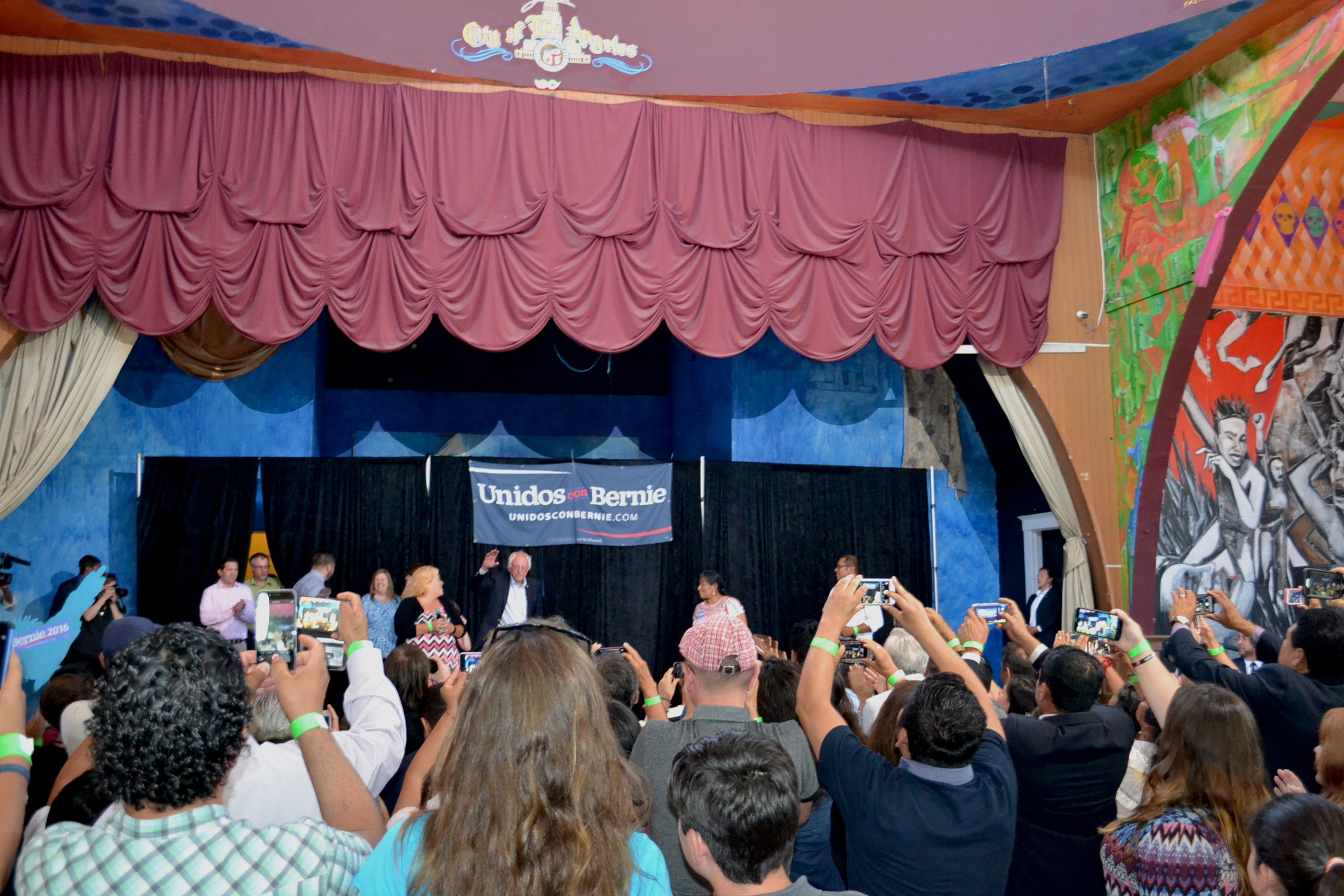 With the presidential primary just days away, candidates are speaking to communities across the nation to gather votes. On Saturday, Bernie Sanders spoke to the Boyle Heights community about immigration, criminal justice, and education.

Sanders began his speech by talking about undocumented immigrants and their work. Many undocumented workers are being exploited, often cheated out of their wages – all while living with the constant fear of deportation, Sanders said.

He also mentioned that people are struggling with the increasing costs of living, proposing that a $15 minimum wage and a guaranteed 40-hour work week would help support working-class families.

Sanders pointed towards big corporations for the nation’s economic inequality. He said that job outsourcing has displaced many immigrant, working families, forcing them into poverty.

“We should be incredibly proud that in this country we have hardworking folks from hundreds of different countries,” Sanders exclaimed. “They know the answer [to fixing our problems].” 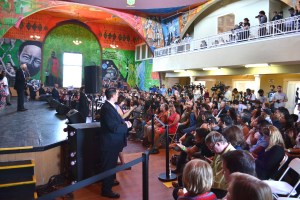 Ahead of the California primary on Tuesday, June 7, Bernie Sanders spoke to supporters from local unions and immigrant rights organizations at a campaign event held at the Casa del Mexicano in Boyle Heights. Photo by Tiffany Kinh Lam

Sanders said he would reduce the jail population by focusing on making colleges and universities free and providing more job opportunities. He criticized the country’s criminal justice system for disproportionately imprisoning more Latinos and African Americans.

“We need to invest in jobs, not jails,” Sanders said. “An educated workforce is the best way to compete in the global economy. We must encourage and reward education, not punish it.”

Sanders ended his speech by reiterating his belief in equality. “Our diverse team is our strength,” he added.  “We need to build upon our strength and not allow people to ruin it.”

“I’m really glad that it was here in Boyle Heights, especially in La Casa del Mexicano, which has a long history of fighting for Chicano and Latino rights,” Montes said.

Montes first got his start in local activism in 1967 at a political rally held in La Casa del Mexicano. Since then, he’s been heavily involved with Comunidad Servicio Organización and the Boyle Heights Neighborhood Council.

Solosso Gomez, a 73-year- old woman from Hawthorne, plans to vote for Sanders this Tuesday and attended the event to hear the candidate’s exact thoughts on immigration and to gain more confidence in her vote.

“I want to hear about issues facing Latinos. I am interested to know whether the candidates support or do not support immigration,” Gomez said.

About why she is not voting for Hillary Clinton, Gomez explained, “Of course I am a woman and I want to support other women but I need to hear their stances on local community issues. ” 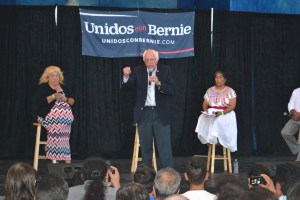 Gomez further emphasized that she wants to elect a candidate who will protect undocumented immigrants from Immigration and Customs Enforcement (ICE), the American federal law enforcement agency under the United States Department of Homeland Security that has reported more than 235,000 immigration removals in the 2015 fiscal year.

Gomez said, “I need to know who has better answers, especially about immigration and the non-deportation of immigrants. “

Miguel Rodriguez, a 32-year-old man from Ventura, agrees with Sanders’ ideas and policies. Rodriguez believes that the country needs a stronger education system through an increased focus on domestic issues.

“A lot of people from my generation have had their futures robbed [by war],“ Rodriguez said. “I came here to represent our youth, who get dropped by the [scholastic] system because it doesn’t work for us.”

Rodriguez, a recent UCLA graduate, supports Sanders’ ideas of increasing the minimum wage and focusing on job growth. He thinks Sanders can fix the government by reducing corporate influences and instead invest in schools.

“I’m here because I believe [in] everything he stands for,” Hernandez said. “He’s the one we all aspire to be. Because of this, I know that Bernie is going to create a pathway to citizenship.”

Hernandez, the son of an immigrant family, believes that Sanders will deliver on his promises, despite his parents’ skepticism. In addition, Hernandez trusts that Sanders’ political record and personality will help his family prosper.