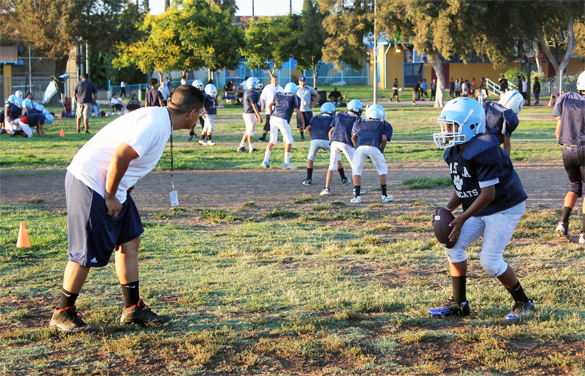 About 200 hundred members and supporters of Pop Warner’s East Los Angeles Bobcats youth football and cheer team attended a community picnic Sunday at Ruben F. Salazar Park in an effort to restore peace after their activities have been disrupted by gang violence.

The Bobcats and Bulldogs, another Pop Warner team, have both faced restrictions on practices and games around their community due to a fatal gang-related stabbing that took place at a Shakey’s Pizza Parlor in Monterey Park following a game last October.

Los Angeles Unified School District has removed the Bulldogs from their practice spot at Garfield High School while the Bobcats have been stripped of their permit to play at the school.

Los Angeles County supervisor Gloria Molina has suspended the Bobcats’ license to practice at Salazar Park in attempts to reduce gang violence. “Right now we’re dealing with a very real threat of retaliation. We want to make sure that all the patrons and all the people who enjoy the park are going to have an opportunity to enjoy it free of violence,” Molina told Bobcats supporters, reported the Los Angeles Times.

However, many parents and fans disagree with the actions taken against the teams, and say it’s unfair that now hundreds of 6 to 14-year-olds have to pay the price.

“The organization has not done anything wrong,” said Bobcats’ President Sylvia Romero. “None of our parents, coaches or children were directly involved in [the altercation].” 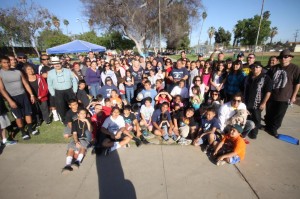 Bobcats players and supporters gather for a picnic at Salazar Park. Photo by Erik Sarni.

Through protests and the recent community picnic, supporters want to show the children they’re doing everything they can to get them back on the field.

“East L.A. is a tough community to grow up in, but if you take programs like ours away from the kids you’re just sending them back to the gang-infested neighborhoods,” said Romero whose two kids are Bobcat alums. “We’re just trying to provide something good for our kids.”

According to Romero, Los Angles County Department of Parks and Recreation posed the Bobcats with several conditions to continue on a probationary period for one season. Conditions include changing the team name and colors and having four Sheriff’s deputies present during the team’s activities held at County parks.

An agreement has not been made but Romero hopes to meet with the department and find a solution well before the 2013 season starts in July.