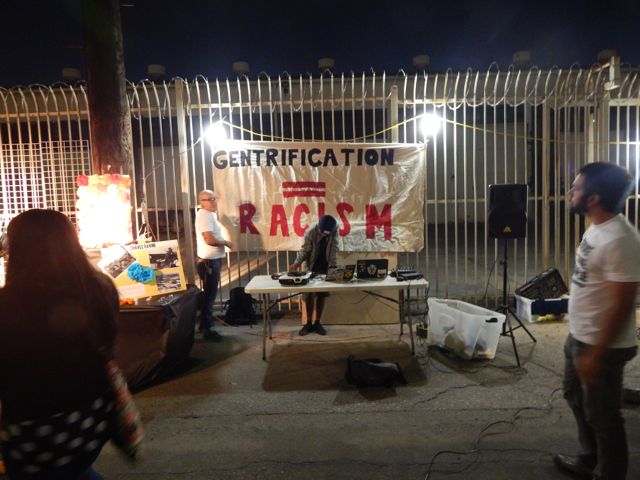 Three cases of vandalism against art galleries in Boyle Heights are being treated as possible hate crimes. Graffiti on one gallery condemns “white art.”

Art galleries have been the target of protesters recently claiming these galleries are paving the way for gentrification in Boyle Heights. The Los Angeles Times reports more than a dozen galleries have popped up in the last three years on the western edge of Boyle Heights, adjacent to downtown’s Arts District. The Times writes that activists fear the galleries will inflate property values and displace residents in the neighborhood.

The Los Angeles Police Department tells the LA Times that they are treating the incident as a hate crime because the vandalism makes an anti-white reference. In September, local activists served mock eviction notices to several galleries, calling them gentrifiers. LAPD tells the LA Times that they are working on creating a dialogue between gallery owners and the vocal activism group Defend Boyle Heights.

Defend Boyle Heights released a statement saying they do not know who committed the vandalism but they do not condemn it. The group says the anger is justified and that “gentrification is the highest form of hate crime.”

A vandalism suspect has not been identified.

Photo above: A sign during a protest in February against one of the first galleries to move into Boyle Heights.