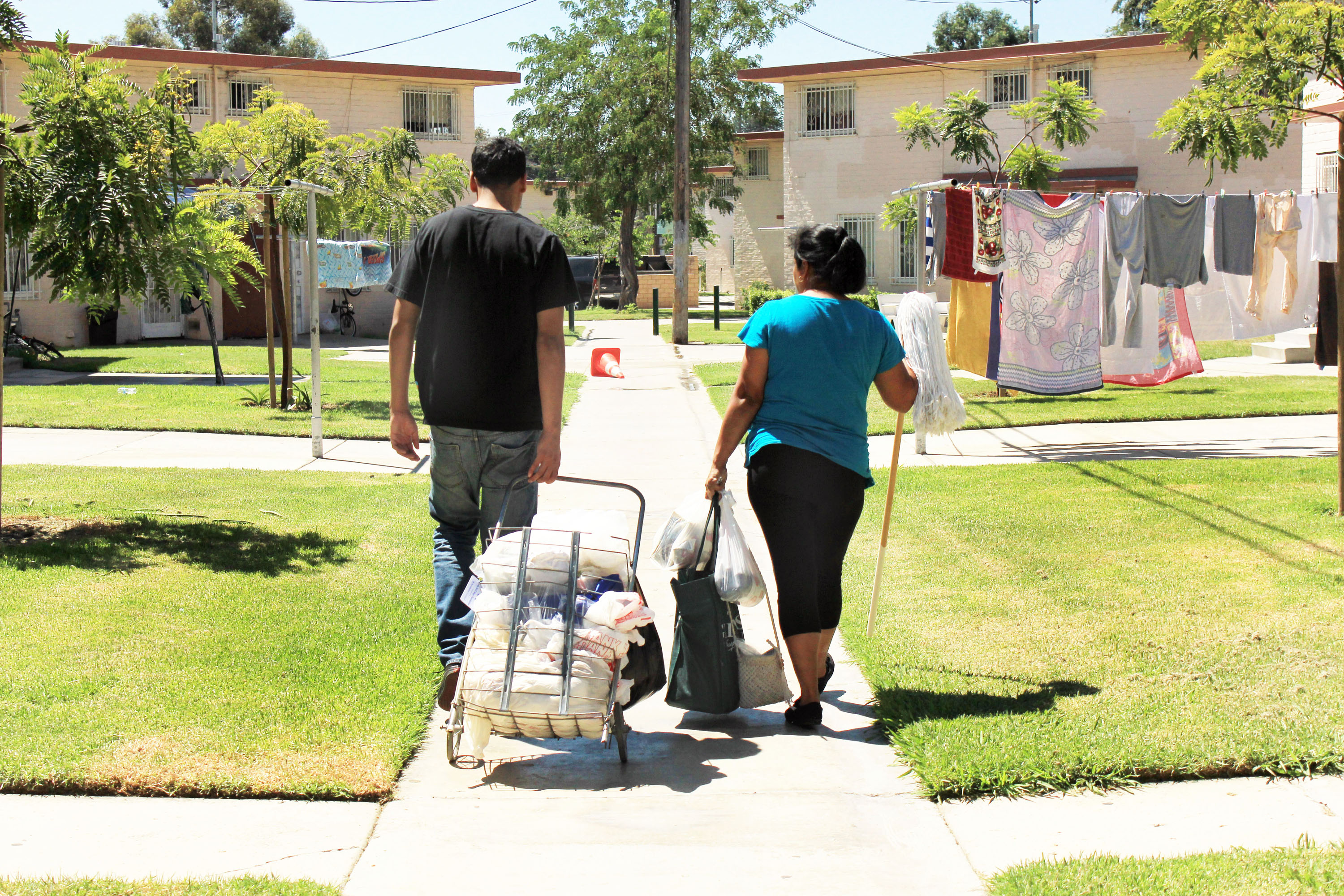 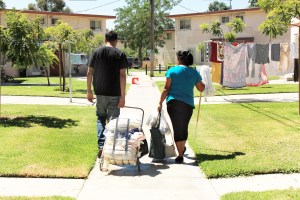 Victoria Rodriguez takes the DASH to the nearest Food for Less. Her trip to the grocery store can take up to three hours. /Photo by Jessica Perez

Victoria Rodríguez regularly spends two hours on the bus several times a week to go to and from the grocery store. Rodríguez, who lives in Ramona Gardens, has five children to feed and not a lot of choices about where to shop.

The Boyle Heights resident usually shops for groceries at the Food 4 Less in El Sereno, about threemiles from her home. Although it might not sound far, it feels far when you are taking public transportation, as Rodríguez does, since she doesn’t drive or own a car.

For those living in   Ramona Gardens, a public housing complex, the nearest place to buy food is at a corner store called Nico’s Market. Some residents say the prices are expensive and little fresh produce is sold. Yet these are the types of places where many Boyle Heights residents shop.

“I only go if I need something in a pinch, like tortillas,” says Rodríguez.

A small can of menudo, a traditional Mexican stew, costs a little under $3.65 at Nico’s, but about $2 on sale at Food 4 Less. The price of produce at Nico’s is also considerably higher than at Food 4 Less. A gallon of milk was about $4.80 recently, compared with as little as $3.40 at the supermarket.

Even though she spends a lot of time taking the bus to buy food and then preparing it, Rodríguez says it’s worth the effort because it’s cheaper and healthier for her family than eating out. She spends about $300 a week at the supermarket, while one trip out to a fast food restaurant can cost as much as $80 for her family of seven.

Knowing how expensive it can be to eat out, she tries   to eat most meals at home, although many fast food restaurants are conveniently close to her home.

Rodríguez takes two to three trips a week to the supermarket on the DASH because she is unable to buy all she needs to feed her family in one trip. In addition to having to make wise food choices, she also has to keep in mind whether the food is light enough for to carry on the bus and then to walk the few blocks from the bus stop to her home.

Her husband recently started taking Rodríguez to the market on Sundays when he’s off from work because there are many items, like milk, that are too heavy for her to carry on the bus.

Going to the grocery store takes up the majority of Rodríguez’s   free time.

“Coming and going to the market can take two or three hours,” says Rodriguez, 47. “Sometimes the bus is too slow because it has to keep stopping to let people off, and at times this is difficult.”

Rodríguez describes what a regular shopping day looks like and how she manages her time. Rodríguez starts her day bright and early at about 7 a.m. After she drops her children off to school, she volunteers for about an hour at her youngest son’s school, Murchison Elementary.

After completing her volunteer shift, Rodríguez must arrive at the bus stop on time to avoid missing the bus, or her day will be delayed. By this time, it’s around 8:30 a.m.

Once she gets back from shopping at around 10 a.m., she begins to prepare a meal, finishing around 2 p.m. When her children arrive home at 2:30 p.m. they are ready to eat her typical Mexican dishes.

Rodriquez now pays attention to nutrition labels on groceries,   she explains. She is committed to ensuring that her family has healthy food on the table every day.

“I buy more fish and chicken because they say that chicken is healthier than meat,” she says.

For the most part, her children enjoy her homemade traditional meals. But she admits it’s a struggle to convince her 19-year-old son to cut back on fast food. “I try to cook healthy food for my children, but sometimes they don’t want to eat healthy, as much as I try,” she says.

Her younger children are easier to please. “My favorite type of food to eat is homemade,” says 16-year-old Isais Lozano. “Yesterday, my mom made mole and soup.”

Sunday is Rodríguez’s only day off from cooking. It’s a family day when they all   eat at a restaurant or a fast food outlet after church.

“It’s whatever they choose to eat, Burger King, McDonald’s, Chinese food, whatever they like, but it’s the only day,” Rodríguez says.