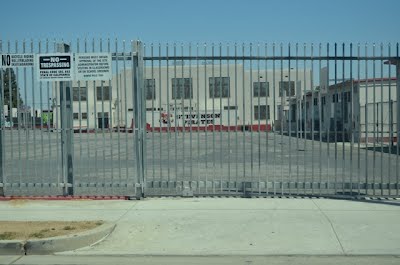 The sun is out when all of a sudden the screams of my sister startle me to wake up! “Ya levantate,” she yells. I think to myself, still half asleep, why is she insisting for me to wake up? It’s barely 5 in the morning. I think back again, but this time I am fully awake. Memories of a couple of years ago rush through my mind. In an instant my mind becomes a blur, and all I remember was being back in 2009, when I was 15. That’s when I experienced unjust acts.

The strange thing is that the injustice was all thanks to my school. I shouldn’t have been so surprised since I have heard this also happens to thousands of other students of color.

What happened to me and my other peers, you might ask? We received truancy tickets from police officers that are stationed in my school. First of all, let me start off by saying I do not believe police officers should be stationed in schools. If we can afford to have these officers here, as they say, to “protect and serve,” why not invest in counselors instead?

As I start to get into my outfit for the day, flashbacks come to me once again. This time, they send shivers through my spine. 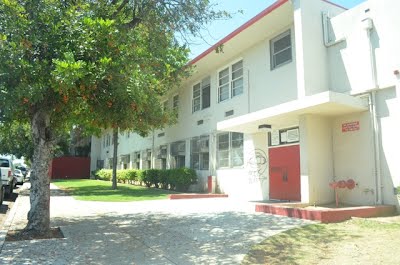 It was a bright   and beautiful morning, just like that day I received a $250 fine. Unlike many people I do not have the privilege of having my parents drive me to school, so I depend on public transportation. That morning I waited for the bus, like so many students in my community who depend on public transportation  ”” buses overcrowded with students, some standing up, not caring about their safety. All they want to do is get to school on time.

That day I wasn’t one of those fortunate students who gets to ride the bus standing up. The bus passed right by me without stopping because it was already too full. I waited for the next, bus but it also left me behind. The third time’s the charm, right? Well, not exactly. The bus stopped and picked me up as I rushed to school. I heard the bell make a loud sharp RING. My heart started beating faster now as I walked, but they were there already waiting for me and for any other student that was late. Dressed in a black uniforms and wearing badges that spell LAPD, they stop me.

“Excuse me, miss, where are you going?” an officer says with a stern voice.

“No, you’re not”, he says. He takes me and four others into his vehicle. We did not fit so I was forced to sit on a stranger’s lap. We enter an auditorium. Is there an event I didn’t know of? Wait…I see every one of my peers, all 30 of them, getting cited for being late to school. Some with tears in their eyes, pleading not to get ticketed.

“I was just five minutes late to school, and it was my first time,” says one student in his defense.

No one asked me why I was late. They just gave me my ticket. I must admit I felt disappointed, but most importantly, my parents were disappointed. Not disappointed in me, but in the school system. How can schools allow officers to distribute $250 tickets to students who live below the poverty line?

Thousands of tickets were issued to students for truancy all over Los Angeles. Students, teachers and organizers all realized that we had to stop the unjust punishments that our students were dealing with, because instead of helping me, getting a ticket only made me fear going to school. I felt as if I was being pushed out of school. Not a good feeling at all. I realized I wasn’t the only one feeling this way.

Many students and I decided to take action. I joined The Community Rights Campaign to fight to free our students from the chains that were placed on them. In February 2012 the chants of students grew as we all marched to the entrance of Los Angeles City Hall. There we met by 14 council members. Camera lights were flashing, video cameras were rolling, and to many of us this was the moment we had all been waiting for.

For that one day, these 14 men and women put themselves in my position. They agreed that it was unjust to ticket students for going to school, so with a unanimous victory of 14-0 we all, as a community, amended the law and introduced a new, more fair policy.

I looked around the room full of mostly students, some with tears flushing through their eyes. I realized that we do have a voice despite our color, gender, or ethnicity. We all just have to take action and come together as one. 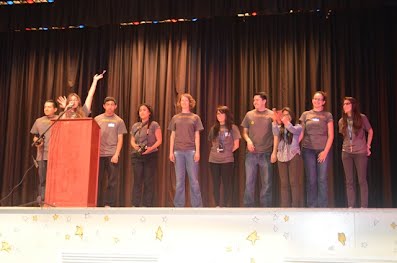