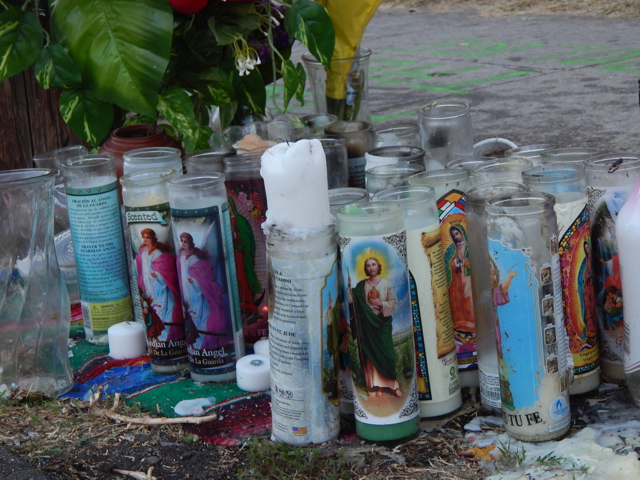 There were 89 incidents in Los Angeles County where a police officer or sheriff’s deputy fired their guns and injured a suspect in 2016, according to data from the L.A. District Attorney’s office reviewed by KPCC.

While the data does not indicate how many of those shootings ended in fatalities, the number is in-line with previous year’s figures. 2013 hit a high with 111 incidents.

A highly publicized and controversial shooting by the LAPD last year occurred in Boyle Heights when a police officer killed 14-year old Jesse Romero. The incident incited several days of protest in Boyle Heights. Romero was killed while officers were responding to a call reporting vandalism. Police arrived to the scene and after a brief on-foot pursuit, the officers heard a shot and they fired in response, killing Romero. A gun was recovered at the scene.

Other incidents that happened last year include the officer-involved shooting that ended 16-year old Jose Mendez’ life and the killing of a 29-year old man in East Los Angeles by Los Angeles County Sheriff’s deputies.

KPCC writes that no officer has been charged in connection with a shooting in Los Angeles County since 2000.

The station adds that  The Guardian keeps a tally of fatal shootings by police agencies in the U.S. and that according to the British newspaper, the two highest numbers involved the LAPD, with 19, and the Sheriff’s Department, with 16.

Photo above: candles left at the makeshift memorial of the August 2016 police shooting of Jesse Romero in Boyle Heights.