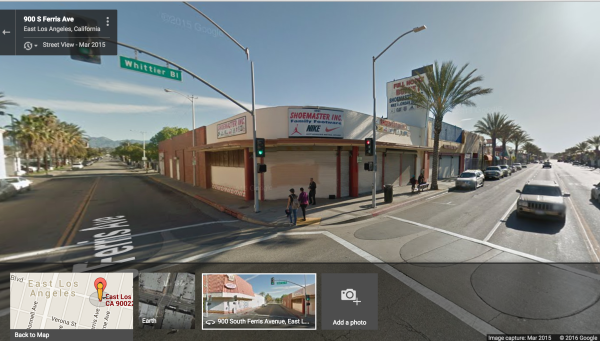 Authorities are investigating a deputy-involved shooting that left a 29-year-old man dead  in East Los Angeles in the early hours of Sunday.

The Los Angeles County Sherriff’s Department said the shooting took place just before 4 a.m. near the intersection of Ferris Avenue and Whittier Boulevard. According to various news reports, the man shot was the front seat passenger of a car pulled over by two deputies in a patrol car.

A Sheriff’s spokeswoman told KPCC that the driver, a Latino male, became “combative” with deputies. “During the struggle, the deputies became aware that the suspect was armed,” the spokeswoman said. She added that the man was given repeated instructions to comply but he refused and “a deputy-involved shooting occurred.”

The man died at the scene. The LASD said a .22 caliber revolver was recovered and two other people in the vehicle were detained.

This is the second fatal shooting by law enforcement in an Eastside community this month. On Feb. 6, a 16-year-old teen was shot by Los Angeles Police Department in an incident under investigation. In that incident police say the teen was driving a stolen vehicle and pointed a sawed-off shotgun at officers.