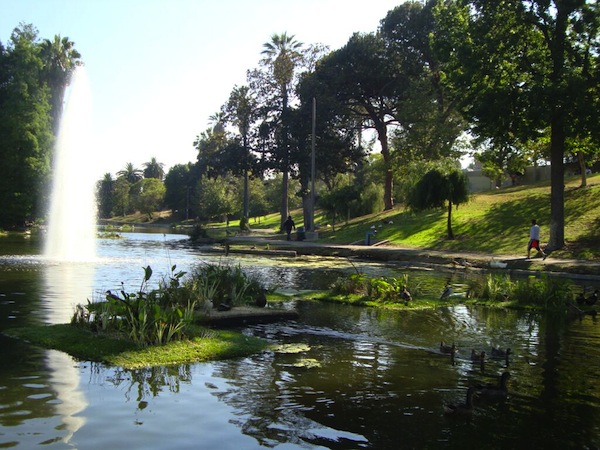 A $1 million cleanup and improvement effort is underway at Hollenbeck Park Lake, where five large floating wetlands were recently added to begin the process of self-cleaning.

District 14 Councilmember Jose Huizar allocated funds for the cleanup, which began earlier this month. Huizar says public parks like Hollenbeck are a big priority in neighborhoods like Boyle Heights because for many, it’s the only green space residents have access to.

“The lake is the centerpiece of the park—its maintenance is critical and I’m proud to provide funds for the floating wetlands and other improvements that will beautify and clean the lake and make our community’s experience that much better,” said Huizar.

The wetlands, installed by the Bureau of Sanitation, will house plants that will attract and help remove bacteria that cause poor water quality.

The next phase will include the installation of an aeration system that will help oxygenate the water and prevent stagnation.

Future improvements to the lake include sediment removal, repairing the lake edging and fixing the lining under the water.